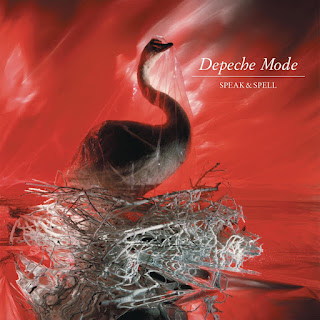 Indulge me, if you will, for a brief trip back to high school...

I realize that Depeche Mode's first album is something of an outlier in their catalog, largely disowned by the band; but it's also my favorite (which isn't to say there aren't plenty of later singles I enjoy). It's the one album helmed largely by keyboardist Vince Clarke, who departed shortly thereafter to form Yaz (or Yazoo, for you British folks). In contrast to the darker, almost goth-tinged direction vocalist Martin Gore would take the band in thereafter, it's a much more pop-oriented affair, Clarke's synths more intent on delivering fun, catchy, dance-floor hooks than deeper meaning.

The obvious stand-out is "Just Can't Get Enough," one of the definitive pop singles of the new wave era, bouncy synths and an earworm repeated refrain. It's the sort of thing that will never stop reminding me of my teen years (even if I can't necessarily put my finger on exactly when I first heard it; I didn't get around to buying the actual album until years later); it's just got that early 80s vibe that will never lose its nostalgic associations for me (see also, e.g., INXS' "Don't Change"; the Go-Gos' "Our Lips Are Sealed"; etc.). It also sets the tone for Clarke's later work with Yaz.

But the album is packed with tunes no less perky, like opener "New Life," while songs like "I Sometimes Wish I Was Dead" provided the synth hooks that would later be updated by artists like Magnetic Fields' Stephin Merritt.

Even without the youthful associations, it's a relentlessly fun album, emphasizing the more upbeat, lightweight side of synth-pop the band would soon leave behind.