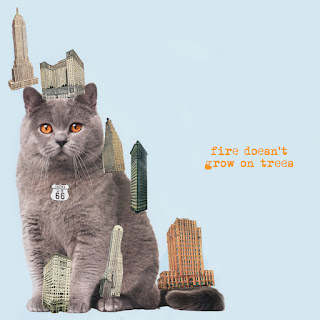 The Brian Jonestown Massacre's somewhat dense catalog of latter-day psychedelia and shoegaze seems to come in fits and starts. After a prolific 90s, the band's output was more intermittent in the decade that followed, but bounced back to high activity throughout the '10s. And then another quiet period, as it's been three (presumably Covid-related?) years since the last one.

The good news is that the new one, at least on initial spin, is a winner. Their albums can sometimes be hit-or-miss, interesting and varied almost poppy LPs occasionally interrupted by the lo-fi drone-grooves of, say, 2008's My Blood Underground. And this one's squarely in the former category, as frontman Anton Newcombe dons his 60s garage band cap and comes up with a broad assortment of psych retro-rockers (apparently recorded throughout the pandemic). Opener "The Real" and "Ineffable Mindfuck" are an authentic Nuggets contenders, the vibe of a strobe-lit acid-drenched Haight-Ashbury party with bonus distortion; while "It's About Being Free Really" adds some near-catchy pop to the mind-melting mix. "Silenced" invokes the band's namesake, alternate universe early Stones on acid. And "#1 Lucky Kitty," if not exactly melodic, adds a haunting, understated groove.

The music remains a little too raw and abrasive to attract new converts--2004's retrospective Tepid Peppermint Wonderland remains the benchmark introduction to the band's work--but for existing fans, it's a nice addition to the discography.

"It's About Being Free Really":"Ineffable Mindfuck":"#1 Lucky Kitty":