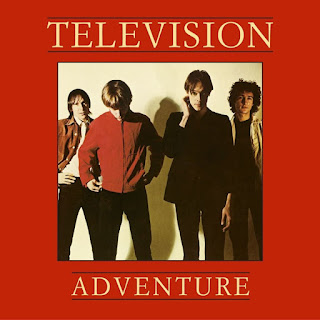 Television's 1977 debut, Marquee Moon, is such an immortal piece of the original New York punk scene, alongside the Ramones' debut and Talking Heads 77, that its follow-up often gets overlooked. And maybe that's not entirely unwarranted; there are a few snoozers here that keeps the album from rising to the same level as Marquee. But there are also some tunes here easily as good as the prior tracks. Overall, it's a solid record with some stunning highs that deserves a little more attention than it typically gets.

Those highs are the edgy yet still ridiculously poppy "Glory" and "Ain't That Nothing." Like "See No Evil" and "Venus" on the debut, these are hook-laden wonders that avoid power pop classic status by virtue of Richard Verlaine's not-for-everyone vocals and those riveting intertwined twin-guitars that are, frankly, just too damn good for power pop.

The rest of the record can't help but pale just a bit, but there are other stand-outs. The understated "Days" is a jangly ballad that sets up the whole dB's/R.E.M. sound of '80s college radio. "Foxhole" offers more jagged rock that merges the band's punk aesthetic with classic rock/Crazy Horse guitar-god crunch. "Careful" is another stab at surprisingly infectious power pop. And the sprawling title track, like the even more sprawling title track of the prior album, is another guitar jam that confirms that the distance between the Grateful Dead and punk rock wasn't as great as some made it out to be.

Here's an audio rip of "Ain't That Nothing":

...and a gloriously messy live take on "Glory" from a reunion tour:Incidentally, modern-day janglers Real Estate recently released their cover of "Days," check it out: