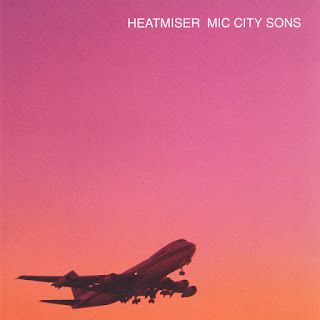 Like (I assume) a lot of people, I came across Heatmiser and its moving swan-song album only after getting into Elliott Smith and working my way backwards. So not surprisingly, I was primarily interested in the half of the record that Smith wrote & sang, though over time I came to appreciate the  balance that was helmed by co-bandleader Neil Gust.

It's an interesting record, primarily abandoning the hard rock (dare I say grunge?) sound of the first two Heatmiser records and moving in a gentler, more indie pop direction. This was hardly a shock, given that Smith had started releasing stripped down, acoustic solo records before Mic City and found huge levels of public adoration. Gust's songs retain a bit more of the harder rocking vibe, and while as a vocalist and songwriter he's obviously not in the same category as Smith, his songs do give the album more of a varied sound than had it just been "Elliot Smith Plays Electric."

The two opening tracks, both by Smith, are pretty essential; "Get Lucky" has a nice, rocking groove, sounding like a real band effort, while the enthralling "Plainclothes Man" would have worked great on his later solo albums. Some of the other Smith tracks, like "See You Later" and "Pop In G," are solid, upbeat tunes, maybe not as magical as the first pair, but giving a picture of what could've been had the band stuck together a bit longer. Meanwhile, Gust's "Low-Flying Jets" and the raw, bluesy "Rest My Ahead Against The Wall" suggest he was an apt student of Smith's new direction, able to move beyond his boisterous earlier material while still retaining his own voice.

Listen closely, and it's an obvious break-up record, an indie rock Rumors of sorts, Smith along for the ride but with his eyes on a bigger prize and the rest of the band splintering; meanwhile, Gust brings some serious personal angst, and the record has an interesting blend of lyrical darkness and almost perky, upbeat alt.rock.

I hadn't listened to this in some time, but I was turned on to a recent episode of the Life of the Record Podcast, an in-depth interview with the three surviving players (which included Quasi frontman Sam Coomes, who filled in on bass for the record). It's one of the most fascinating programs I've heard in a while, even if you're not that familiar with the record. The insights into Smith, including his bouts of depression and frustration with being tethered to a band as his solo career was taking off, are more unvarnished than a lot of what I saw in the Smith documentary. Beyond Smith and his issues, though, you've got Gust struggling with the impending break-up of both his band and his friendship with Smith, as well as grappling with coming out of the closet in less gay-friendly times; drummer Tony Lash frustrated by his preference for the band's more hyperkinetic early sound amidst Smith's demand for quieter, more melodic sophistication; and Coomes just trying to avoid the shrapnel. Check it out.