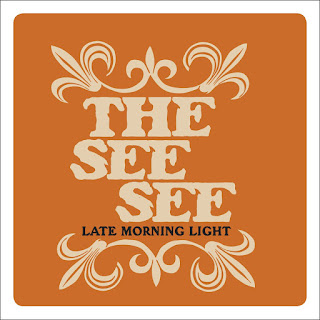 Hey, I'm back! I took most of the last 3 weeks off as I went on an extended road-trip through the western U.S. (Do I have some rambling ruminations from my travels? You bet; I'll post a link here when the article is complete.) I gave some thought to just silently disappearing from this endeavor, but, hey, I'm back home, listening to my music collection, and the need to share and wax poetic is inescapable.

Here's one I hadn't played in a while and stumbled across on a random shuffle. The See See were a London-based band who released a few albums in the early 2010s. Their 2010 debut was a jangly batch of 60s-inspired pop with light shades of psychedelia, hints of the Paisley Underground as well as more recent sunshiny Americana bands like Beachwood Sparks/The Tyde. The opening track, "Mary Soul," sounds like a blend of the Velvet Underground's "Sunday Morning" and the Mamas & The Papas (well, at least the Papas). Album stand-out "Keep Your Head" is joyous, shimmering pop that calls to mind Teenage Fanclub and Cosmic Rough Riders. Anyway, if any of these name-drops register, you'll like this one.

Frontman Richard Olson went on to form the Hanging Stars, one of my favorite bands of recent years (previously written about here), bringing the strains of Byrdsy Americana more front and center.