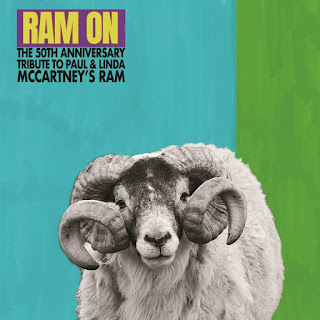 Here's another recent release I'm enjoying--a fine (though by definition entirely inessential) note-for-note recreation of Paul & Linda McCartney's 1971 power pop classic Ram. Oddly enough, it's the third recent tribute to the album, following a home-brewed studio recreation by indie rocker (and Death Cab for Cutie guitarist) Dave Depper, as well as a live tribute to the album from Tim Christensen. 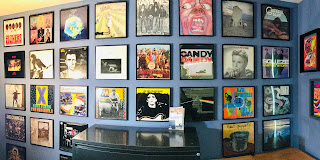 I've written before about the deep personal significance the original record has for me, as the first rock album I remember hearing as a child. (I've got it hanging on the man-cave wall, and dedicated a chapter to Ram in my book.) So I'm obviously excited about all the love it's been getting of late, though I do find it strange given the album's lukewarm critical reception at the time and its long-standing absence from McCartney's post-Beatles canon (he's almost never played any of its songs in concert).

Given the Depper and Christensen releases, the latest re-interpretation seems unnecessary, and it's a little blander than those two (but still terrific if you share my love of the original. It's got some interesting variety, featuring a large number of guest players, even if I don't recognize many of the names. (You can read about it here.) It's probably most notable for being produced and helmed in part by drummer Denny Seiwell, an early Wings member who played on the original. You can check it out for yourself:

Just for the hell of it, I decided to put together a quick playlist of Ram covers (from these tribute albums among other sources) in the original running order. Here you go: