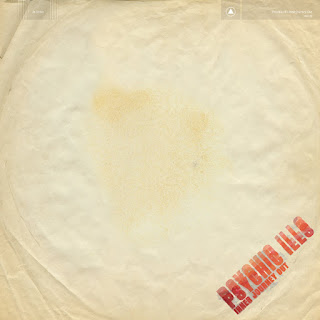 Here's a cool neo-psychedelic/drone band out of Texas I discovered when they showed up on a playlist Spotify compiled for me based on my listening habits. Think Spacemen 3/Spiritualized, Moon Duo, Brian Jonestown Massacre, and a whole lot of Mazzy Star. Indeed, the clear stand-out track here, "I Don't Mind," sounds like a great lost Mazzy Star song, which isn't all that surprising given that Hope Sandoval provides guest vocals.

But it's a solid, headphone-friendly album even beyond that track, trippy outer-space explorations, mostly down-tempo grooves propelled by gentle organs and the anticipated swirl of reverbed guitars. And despite the general drony vibe, there are some nice melodies and bluesy riffs (out of the Opal/Mazzy Star songbook) to be found. "Another Change" adds a cool twangy guitar to the hypnotic blend; "Mixed Up Mind" is a tad more upbeat, some jangly Paisley Underground hookage in a Rain Parade vein; "All Alone" is a catchy garage band nugget. If you need something to help you zone out late into the twilight hours, without drifting entirely into the background, it's great stuff.

This was actually their fifth and final album; sadly, frontman Trey Warren passed away last year. You can buy it on Bandcamp.