My Top 9 Most Emotionally Devastating Songs 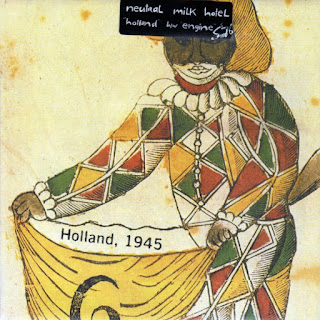 Yeah, I like happy songs. I'm a sucker for chiming power pop and rave-up punk anthems.

But it's the sad songs that seen to make the biggest impression on me. I wrote an essay awhile back about the saddest song I know, though that was a left-field choice that owed more to how a particular piece of unlikely music affected me through the power of association. Here, I'd like to talk about some songs that, through the power of their lyrics, are musical gut-punches. The songs that invariably bring tears to my eyes and leave me emotionally devastated. I'm sure I could come up with more, but here are a few that have always hit me particularly hard.

One of two anti-war songs on the list. And, sure, maybe that's low-hanging fruit; songs about war are almost by definition gonna be emotionally rough. But leave it to Ray Davies to make the universal personal. Part of the outstanding Arthur concept album, which offered a crash course in British history, "Some Mother's Son" is one of several war-related numbers. This one focuses on the trench warfare of World War I, and Davies doesn't hold back. The song opens with the couplet, "Some mother's son lies in a field. Someone has killed some mother's son today." No grand statements about the horrors of war, just... that kid in a ditch, and his mom back home. Damn.

Yes, break-up songs are a dime a dozen, and it's not hard to wring some pathos from tales of the broken-hearted. But Ben Gibbard's always had a gift for words that stick with you, and this one in particular manages to be both wickedly clever and deeply moving, the titular object seemingly benign yet just downright withering. "You look so defeated lying there in your new twin-sized bed, with a single pillow underneath your single head. I guess you decided that that old queen was more space than you would need. Now it's in the alley behind your apartment with a sign that says it's free."
#7: Busby Berkeley Dreams (The Magnetic Fields)
Bit of an outlier here. Magnetic Fields' wunderkind Stephin Merritt is a lyrical genius, his words often too clever and darkly funny to be truly sad. But maybe it's just the old-fashioned romantic in me--I find this divorce story just tragic, the singer still imagining his failed marriage as a scene from an old Busby Berkeley musical (the old black-and-white films full of weird synchronized swimming). And while Merritt's baritone can be coolly deadpan, here he comes across as both romantic and bitter. "And now you want to leave me for good. I refuse to believe you could... Well darling, you may do your worst, because you'll have to kill me first. I haven't seen you in ages, but it's not as bleak as it seems. We still dance on whirling stages in my Busby Berkeley dreams."#6: Holocaust (Big Star)

The haunting feel of this song is at least as much due to the harrowing musical backdrop as its lyrical content, some threadbare orchestration and feedback threatening to go off the rails at any moment. Still, the lyrics are pretty damn dark, and the whole package just feels almost unbearably intense. Hard to believe that the same band that produced two of the most definitive power pop albums ever did such a dramatic u-turn on the third (though by now Big Star was largely just Alex Chilton having a nervous breakdown in the studio). This is one of three songs on the list that reference the Holocaust, but here it's merely metaphorical. "Your mother's dead, you're on your own, she's in her bed. Everybody goes, leaving those who fall behind... You're a wasted face, you're a sad-eyed lie, you're a holocaust."

Here's another anti-war song; and if Ray Davies brought the horror of war home on a human level, Pink Floyd's Roger Waters one-ups him by singing about the death of his own father in World War I. Waters's loss of his father (who perished before Roger was even born) haunts much of Floyd's music, particularly later works like The Wall and The Final Cut ("Tigers" was a Wall leftover, later released as a single and included in the film, and ultimately added to The Final Cut as a bonus track). But this song is particularly gripping, laying out the details of the battle in which Waters Sr. met his demise, closing with: "They were all left behind, most of them dead, the rest of them dying. And that's how the High Command took my daddy from me."

This one's a lot more visceral, but also a lot more abstract... been playing it and replaying it since I first heard it some 35 years ago, and I still can't put my finger on exactly what Kristin Hersh is singing about. Murder? Religion? Mental illness? But it definitely leaves me raw. Sure, starting the song off by exclaiming, "I might be in a Holocaust, hate Hitler" is going to grab your attention... but what lays me away comes later, when Hersh lets out the most anguished, harrowing wail imaginable, leaving me a total puddle: "So I sit up late in the morning and ask myself again--How do they kill children? And why do I want to die? They can no longer move. I can no longer be still."

It's a little challenging to settle on the Mountain Goats track that affects me most (I really wanted to keep this list to one song per artist). John Darnielle has written some of the most heartbreaking break-up songs I've ever heard, and both "Woke Up New" and "Half Dead" are kind of astounding. But the song that invariably leaves me in tears is "This Year." Darnielle has spoken about growing up in an abusive home, but the lyrics of this song stand on their own without any backstory. The teenage narrator sneaks out to meet up with Cathy, taking swigs from a bottle of scotch, knowing "the scene ends badly... in a cavalcade of anger and fear." But the refrain is both devastating and hopeful: "I am going to make it through this year, if it kills me."

So damn hard to settle on a single DBT track; co-frontman Patterson Hood writes emotionally devastating songs as a rule. (Recent songs about gun violence and racism in particular stand out.) But this is one of the most moving songs I've ever heard. And, yes, for this one it helps to know some back-story. Hood sings about his friend, musician Bryan Harvey, who along with his family was murdered by a pair of serial killers. So, yeah, it's unusually grueling. Though part of Hood's lyrical genius is telling a tale that penetrates even if the listener doesn't know the story behind the song, evoking the image of a man approaching the Pearly Gates wondering, "Is there vengeance up in heaven? Or are those things left behind? Maybe everyday is Saturday morning, two daughters and a wife. Two daughters and a beautiful wife."

Yes, I've talked about this one before. Before recording 1998's stunning but difficult masterpiece In The Aeroplane Over The Sea, NMH's Jeff Mangum read The Diary of Anne Frank, and several songs on the album touch on Holocaust-related imagery, none more so than "Holland 1945." The song, a rollicking thunderstorm that crosses folk, punk, and circus music, seems explicitly directed at Frank's memory: "The only girl I've ever loved was born with roses in her eyes. But then they buried her alive, one evening 1945, with just her sister at her side, and only weeks before the guns all came and rained on everyone." But then the lyrics veer into evocative, poetic allegory, before returning to its theme of atrocity and genocide: "Indentions in the sheets where their bodies once moved but don't move anymore. And it's so sad to see the world agree that they'd rather see their faces filled with flies, all when I'd want to keep white roses in their eyes." Well, fuck.