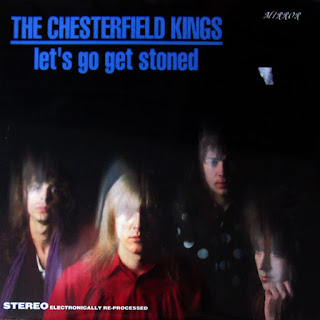 The Chesterfield Kings were a long-running garage rock revivalist band from upstate New York (they got their start in the early 80s and ran through the aughts); and while there would be splashes of late 60s psychedelia scattered throughout their discography, for the most part they hewed closely to a harder-rocking proto-punk garage band sound. Early period Stones were the most obvious touchstone, particularly singer Greg Provost's obvious Jaggerisms, but they went all in on 1994's Let's Go Get Stoned. From the cover art & title to the appearance of a few Stones covers (and Stones-endorsed blues covers) amidst the rollicking originals, this is a great lost circa-1965 Rolling Stones platter, turbocharged with a clear debt to the Stooges and New York Dolls as well.

Sadly, it doesn't stream, and I don't know if it's available anywhere, but the whole thing is ripped to YouTube. So check it out.

Here's the video for "It's Getting Harder All The Time":
File Under: 1990s Chesterfield Kings Indie Rock Rolling Stones