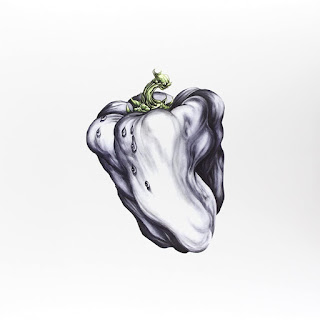 The problem with cult acts is that, if you're not part of the cult, it can be hard to find your way into their work... and you can end up missing out on some pretty great music.

When Ween first got some public attention in the early 90s, it was for a few alt.rock novelty songs with fun videos but not necessarily a lot of musical staying power (e.g. "Push Th' Little Daisies," "I Can't Put My Finger On It"). And their first "real" album (after a string of lo-fi cassette recordings), 1992's Pure Guava, struck me as mostly Zappa-esque silliness, not my speed. So I stayed away. Over the years, they seemed to get some traction with the jam band crowd (their "Roses Are Free" became a live Phish staple, and they developed a reputation as a killer live act); but, between the early novelty hits and the cultishness of their following, I held back.

For whatever reason, I decided to check out some of their work recently, and was shocked to find how great it was. Sure, there's still the tendency towards off-putting eccentricity (and those silly voices that crop up), but also some really amazing songs. I really like 1996's 12 Golden Country Greats, a fairly straight Americana album (performed with a country band). But my favorite is 2000's White Pepper. As the title suggests, it's a Beatles pastiche of sorts, equal parts Sgt. Pepper and White Album, full of lush, baroque pop.

The album opener, "Exactly Where I'm From," starts out a bit murky before opening up into a dense, layered piece that sounds like a great lost post-millennium McCartney track. The next couple are no less great, "Flutes of Chi" somewhere between XTC and Flaming Lips, and "Even If You Don't" returning to McCartneyesque territory. The album ends strong as well, "Stay Forever" and the gorgeous "She's Your Baby" terrific pop tunes. In the middle you get some more experimental stuff, the noisy, Butthole Surfers-like "Stroker Ace" particularly out of place (albeit fun); but that's why God created a skip button.

I'm definitely kicking myself for not giving these guys another chance earlier, but better late than never, right?

Here's "Exactly Where I'm At" live on Letterman: