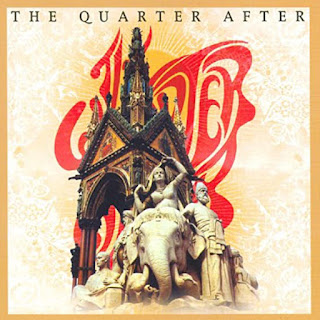 Like Paisley Underground bands such as the Rain Parade and the Things 20 years earlier, L.A.'s Quarter After mine late 60s psychedelia, and quite effectively at that. Their 2005 self-titled debut has all the Byrdsy Rickenbackers and trippy riffs and wah-wah effects you'd hope for, with terrific melodies to boot, making it as much a power pop album as a modern psych reworking, with shades of R.E.M. flitting about as well.

Most of the songs are sweetly melodic, simple enough but for the psych shadings. Opener "So Far To Fall" is the most obvious Byrds rip, no less great for the feeling of familiarity; "Your Side Is Mine" cranks up the amps for a more garage rock vibe; "Mirror To You" offers lovely cosmic Americana harmonies. A personal fave is "Always Returning," which sounds like a classic Paisley Underground tune (and reminding me a bit of the Green Pajamas). But they also open with some more extended trips, like the 12-minute opus "Too Much To Think About," the record's centerpiece that sounds most like a long-lost 1969 psychedelic classic; or the nearly as epic "Taken," which opens up with another Byrds-styled rocker before blasting into space. "Know Me When I'm Gone" splits the difference, catchy psych-tinged pop with an extended jam.

It's a great album deserving more attention. They released one more, 2008's Changes Near, which doesn't stray far from the debut, and is no less terrific.

"So Far To Fall" audio rip: