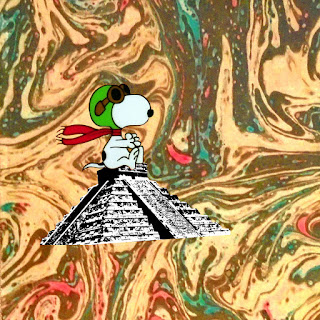 Been awfully quiet in these parts lately! Post-vaccination, I've been catching up on some long overdue family visits (still masked, no shaming!), so I've been slacking off music-wise.

Alas, one hazard of travel for me is insomnia. I'm a lifelong insomniac, always worse when away from home. Sometimes it gets to the point where I'll just put on some headphones and a spend a few hours listening to ambient music, which (at best) buys me a few hours of sleep, or more likely just gives me something to listen to while I stare at the ceiling.

One bit of insomnia-friendly headphone music I've been into lately is Tulumm Shimmering, the alter ego of UK musician Jake Webster. He's released a flood of music online, primarily long, instrumental drones heavy on Indian sitars, psychedelic explorations that build slowly and eventually dissipate. The coolest pieces are "covers" (not really) of various songs, often Grateful Dead-related, though these pieces largely just borrow a lick or mood from the original and use it as a launching pad, only vaguely hinting at the song that inspired the work. A personal fave is his reworking of the Vince Guaraldi Peanuts theme "Linus and Lucy," which spins out the familiar tune for an hour and a quarter while making it sound more like a circa-late 60s "Dark Star" jam; it's much less Eastern-flavored than some of his other work, mostly piano and guitar and that "Dark Star" percussive shuffle.

I also like his spin on America's "Horse With No Name," as well as his takes on the Dead's "Bird Song" and "China Cat Sunflower" and, yes, "Dark Star" (the latter of which sounds much less "Dark Star" than the "Linus & Lucy" piece). 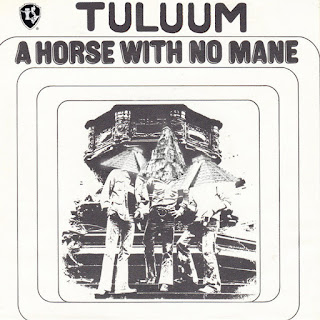 Most of his work can be purchased (name your price!) on Bandcamp; here's "Linus."

Here's a YouTube audio rip of a (very) loose interpretation of the Byrds' "Eight Miles High":

Only a few Tuluum pieces stream on Spotify, but you can find "Dark Star" there: