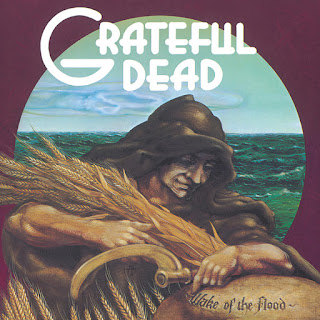 Yeah, I get it, everyone loves American Beauty, as well they should. But I think a strong case can be made that Wake of the Flood -- which followed three years later (during which time they released a number of live albums, as well as a pair of excellent solo albums from Jerry Garcia and Bob Weir) -- is equally great, if not their best studio work then certainly close. On a personal level, after becoming a full-blown convert to the Dead back in college based primarily on live tapes, it was my purchase of Flood, more so than my earlier introduction to the more revered Workingman's Dead and American Beauty, that made me appreciate the band as a studio entity.

In contrast to the psychedelia of the band's early work, or the rustic Americana of Workingman/Beauty, Wake of the Flood saw the band making a dramatic stylistic break, with a jazzier, more operatic sweep to the music. And it's a showcase for a phenomenal collection of Garcia-Hunter originals. "Eyes Of The World," besides being a live highlight in its elongated, jam-friendly form, is a delight in its studio version, mellow yet infectious, capturing Garcia's guitar stylings better than much of their recorded work, backed by a funky, loping rhythm and unusually sweet harmonies. "Here Comes Sunshine" is lovely and sophisticated; "Stella Blue" and "Row Jimmy" are engrossing ballads. "Mississippi Half-Step Uptown Toodeloo" is a bit of a throwback to the colorful Americana of Europe '72 breakouts like "Tennessee Jed" or "Brown Eyed Women," with a rousing chorus, playful fiddles, and a simply gorgeous coda.

I'm generally less partial to Weir's contributions, but his closing "Weather Report Suite" is one of his finest songs, prog-like in its sweep; the opening segments are quite lovely, while the more rocking "Let It Grow" section sees the album closing out with a bit more energy, with a nice brass jam, though it kinda turns on how much one digs Bobby as a vocalist. One can quibble with "Let Me Sing Your Blues Away," the only Dead song fronted by keyboardist Keith Godchaux; it's more of a Band song than a Dead song, with some grating sax; still, it's brief, and even if it's a far cry from the Garcia/Weir numbers, it's an interesting if slight aside.

Here's a relatively concise live "Eyes of the World" from '74:
...and a live "Mississippi" from '77:Here's a live "Weather Report Suite" from '74 (before they started lopping off the introductory sections and just playing the stand-alone "Let It Grow"): 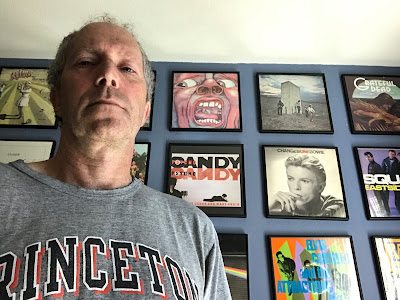