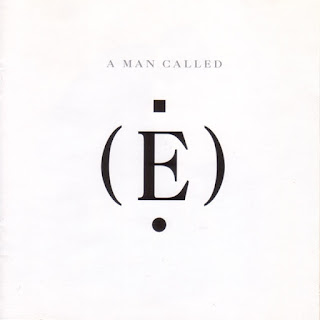 Mark Oliver Everett is one of my favorite artists of the past few decades.  You probably know him (if at all) through the work of the Eels -- a band which is essentially Everett with a rotating cast of players.  They briefly blew up on their 1996 debut, the excellent Beautiful Freak, highlighted by the alternative radio hit "Novocaine For The Soul" (which sounds like the makings of the ideal one-hit wonder but for the fact that it's a simply incredible song) and of course "My Beloved Monster" (for better or worse eternally associated with its use in Shrek -- yet, once again, a dynamite song).  Yet Everett's been releasing astonishing Eels music ever since, often deeply personal and emotionally intense, frequently interrupted by hopelessly catchy little pop songs.  ("Mr. E's Beautiful Blues," tacked on to the end of 2000's wonderful Daisies of the Galaxy as a can't miss single, is simply perfect; but his most recent album, 2018's The Deconstruction, offered up the similarly buoyant delight "Today Is The Day.")

But before he started recording as Eels, Everett released a couple albums as simply E.  And they're terrific, maybe a little more on the shimmering pop side than the Eels but already revealing Everett's darker lyrical edge.  (They're aided by the participation of Parthenon Huxley, a cult hero in his own right among the power pop set.)  I don't remember them getting a lot of traction at the time of their release -- 1993's Broken Toy Shop is long out of print, and I didn't discover these until after getting into the Eels -- but they're quite solid.

The 1992 debut has a number of tracks that firmly belong in the Eels' impressive discography.  "Fitting In With The Misfits" (arguably a sequel of sorts to Ray Davies' "Misfits") is a joyous little anthem for the outcasts and weirdos, unabashedly embracing outsider status without irony.  "I've Been Kicked Around" skillfully coats Everett's recurring themes of alienation and disappointment with a sugary pop confection.  "Nowheresville" blends Beatlesque pop with jangly Americana.  It's mostly mid-tempo baroque pop wrapped around lyrics wallowing in sadness yet always offering hints of hope around the corner -- "E's Tune" is both terrifyingly bleak yet positively joyful, never maudlin.

Check it out.  And go to town on some Eels while you're at it.

Here's the video for opening track "Hello Cruel World":
Here's an audio rip of "I've Been Kicked Around":

As long as we're here, since it doesn't stream and it's out of print, here's an audio rip of the entire follow-up album.
File Under: 1990s Eels Indie Rock Power Pop