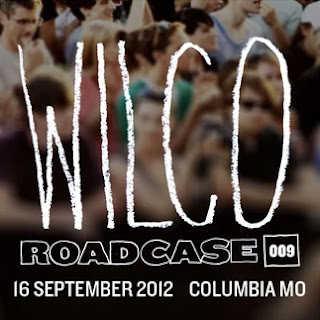 I was supposed to be seeing Wilco next week but... not so much. Damn you, pandemic! So I'll have to be content with spending some time cranking my extensive collection of Wilco live recordings.  Fortunately, they're one of the few non-jam bands who make a lot of their shows (at least since 2012) available for download.  (For their first few decades, I've got some kick-ass bootlegs, so those'll do.)

At least sitting here today, you can download most of the official Roadcase shows for about $5 apiece, so knock yourself out.  I've been hanging out with a 2012 show from Columbia, OH, that's particularly great, but, hey, find a setlist you like and give it a shot.

Anyway, here's what I had to say about live Wilco in Jittery White Guy Music:


Just as hearing a particular album in the right state of mind can flip a switch, the right live show can be the spark that elevates the music into something entirely unexpected, leaving you kicking yourself for not having figured it out sooner. Hearing a great performance with your head in exactly the right space (take that for what you will) can bring to the surface something that hadn’t quite clicked before—the song that just sort of sat there on the record comes to life, the lyrics taking on personal significance, the hooks branded directly into your consciousness.


Maybe it’s the added volume, a sonic ambience that doses you with music from all directions until it becomes as palpable as it is aural; or the collective enthusiasm of a large crowd all in thrall of the band, the mass validation of the artist’s work; or just the increased focus you bring to bear when you’re staring intently at the stage, your sensory perception perhaps augmented, none of the distractions you might encounter when you’re puttering around the house with the stereo playing in the background.


That’s how I got into Wilco.


Mike had been trying to foist them on me since their 1995 debut, just as he’d tried to sell me on frontman Jeff Tweedy’s earlier band, Uncle Tupelo, to no avail. What he was pitching as “Americana” (or “No Depression” or “alt.country” or whatever descriptors critics deployed to describe music with a rootsy twang), I simply heard as “country.” And I just couldn’t abide by country.


In hindsight, my resistance made little sense. Plenty of bands I loved in college, like the Long Ryders and Jason & The Scorchers, had an unabashed country streak in them, as did many of my classic rock favorites, from the Byrds to the Dead, not to mention Michael Nesmith’s many fine contributions to the Monkees catalog. And in truth Uncle Tupelo had about as much in common with country music as the Replacements did, maybe even less.


But I was game to check Wilco out live, catching an outdoor gig along the waterfront in ’97, and then that ’98 Fleadh Festival appearance. And their albums started to grow on me. Their sprawling 1997 double-LP Being There firmly embraced a traditionalist yet lively classic rock sound, and 1999’s Summerteeth was a positively McCartneyesque, hook-filled pop album, abandoning any vestiges of their earlier twang, an album far more indebted to my beloved Ram than to, say, Sweetheart of the Rodeo.


But what finally did the trick was seeing them play the Fillmore in the summer of 2000, touring behind Summerteeth. Indeed, I can pinpoint my nearly religious conversion to a precise moment, as they launched into “A Shot in the Arm,” the swirling piano causing every molecule of the room to shiver, Tweedy’s lines about existential doubt packed with raw, unfurled emotion. By the time he pulled out a battered and beaten old guitar and started hammering out the noisy riff for a new song called “I’m the Man Who Loves You” (which would show up, after a protracted record company imbroglio, on their next album), I had completely fallen in line, ready to follow Tweedy up to the mountaintop.


It’s hard to recreate, in the harsh light of day after the last encore has receded, exactly what it was that made such an indelible impact on me. The venue itself deserves some of the credit, both the rich history you feel whenever you enter San Francisco’s legendary Fillmore, the walls lined with posters commemorating classic performances by everyone from the Dead to the Who to Pink Floyd, up through a compendium of essentially every artist that has mattered for the past 50 years, and the crystal-clear sound system through which you can hear every second of sustained guitar from any spot on the floor.


Or maybe Summerteeth just lent itself to a live epiphany, packed with great songs but, to my ears, held back by listless production, truly coming to life only when the band stretched out on the Fillmore stage. And, of course, it was hearing those songs in just the right state of consciousness, much like that first trip through “Franklin’s Tower” back in my college dorm, my focus completely subsumed in the vibe.

Here's "Box Full of Letters" from the Columbia show:
Here's "Impossible German" (not from the same show, but always a reliable stunner live):
...also from a different show, here's "Heavy Metal Drummer" and "I'm The Man Who Loves You":