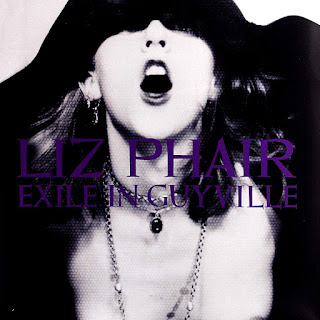 Pardon the distraction, but I thought I'd share another excerpt from my recently-published book.  (Yes, I'd love it if you'd check it out and pass the word to your friends!)

I passed over Exile In Guyville last time I talked about Liz Phair because, frankly, there's not much more to be said about the album.  Plus, I think some of her follow-up work, particularly Whip-Smart, is unfairly (pardon the pun) overlooked as everyone steps over one another to extoll the wonders of Exile.

But since I dedicated a couple pages in the book to talking about Exile, one of the handful of records I consider somewhat life-changing, I figured I'd post them here.  Let me know what you think...

SLANTED AND ENCHANTED BY THE BAY: MY SO-CALLED INDIE ROCK NINETIES

<...>
My brother and I have the sort of relationship I imagine most brothers do, or at least brothers who haven’t lived in the same time zone since they were teenagers. When I moved back to Chicago for law school, he was away at college; by the time he returned, I had relocated to California. The last time we shared a city, the Ghostbusters theme was the #1 song in America, for whatever that’s worth.
We’ll catch up at family gatherings, assorted weddings and bar and bat mitzvahs and holiday visits. But mostly we just exchange emails or quick calls to talk about the music and books we’ve gotten into lately, because we’re guys and that’s how guys relate. My wife and her sister have these marathon weekend calls, but I’m pretty confident the same close familial bond can be maintained with an occasional “Yo, check out the new Waxahatchee album” text message.
So it wasn’t unusual when he gave me a call in the summer of 1993, about a year into my Noe Valley residency, with an album recommendation. But he was particularly animated about this one, assuring me that Liz Phair—who, like us, hailed from Chicago’s North Shore (I think she was a class behind me at the neighboring high school)—had just released the one album I absolutely needed to run out and buy.
I dutifully did so—another Aquarius purchase, unsurprisingly accompanied by a totally gushing Post-It note assessment—and, yeah, Exile in Guyville was pretty monumental. Bold and transgressive and strikingly honest tales of sex and heartbreak and the fear of encroaching adulthood, tackling gender politics in an unusually forthright (and at times joyously profane) fashion. Not to say other women weren’t occupying a similar space at the time, most notably the more punk-oriented acts of the then-nascent Riot Grrl movement, but Phair’s songs fit into a more congenial indie rock package, her unique guitar sound and earnestly unpolished vocals nestling right in alongside my Pavement and Yo La Tengo albums.
Obviously, there have been hugely important women populating the landscape of rock history, towering figures like Janis Joplin and Debbie Harry and Joan Jett and Chrissy Hynde, all-women bands like the Go-Gos and the Bangles and the Slits, punk pioneers like Patti Smith and Exene Cervenka and Poly Styrene. But something about Exile just felt different, like the precise moment when women artists became co-equal architects of rock music (or at least alt.rock music), not just acts which seemed novel by the mere presence of one or more members lacking a Y chromosome.
Phair sounded like she’d be happy to blow up the indie rock boys’ club; yet the songs, while distinctly feminist, felt personal, not polemical, inviting male listeners into a discussion we hadn’t realized we needed to be having.
Exile heralded a broader movement, one that had been brewing quietly in the background over the past couple years but really exploded by the early- and mid-’90s. You had Pixies bassist Kim Deal forming the Breeders and outselling her former band; Kristin Hersh pushing boundaries with Throwing Muses (and, separately, former Muses member Tanya Donnelly, who had also played with the Breeders, scoring a few hits with Belly); Carol van Dijk of Dutch band Bettie Serveert belting out entrancing vocals while the band rocked out like Crazy Horse backing Neil Young.
The women who arose in the wake of Exile didn’t seem influenced by the music itself; few sounded like Phair (indeed, within a few albums, Liz Phair no longer sounded like Liz Phair). But Exile in Guyville was, for me, the demarcation point, the moment when a powerful woman at the helm ceased being in-and-of-itself noteworthy, but rather something I’d come to expect on some number of records I’d bring home each year.
By decade-end, my mixtapes overflowed with stylistically diverse singer-songwriters like Juliana Hatfield and Barbara Manning and Amy Rigby and Mary Lou Lord, riveting post-punk bands like the Muffs and Sleater-Kinney; artists who couldn’t easily be pigeonholed into any specific gender-based genre, who could jangle and buzz, rock out and zone out, alongside any of the other indie rockers on the playlist. But it was really that first spin of Exile in Guyville that announced, dude, this is also how it’s done.
<...> 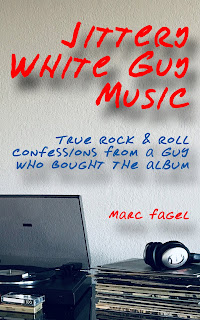