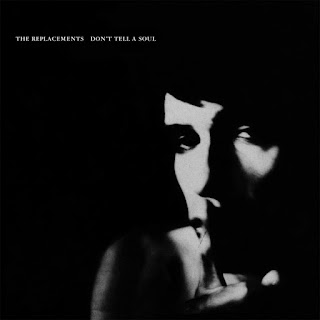 Yeah, it's way too soon to double up on artists I've already covered here, but the release of a fantastic new Replacements box set, like the simultaneous release of the Beatles' Abbey Road deluxe edition, has had me revisiting this album of late.

When Don't Tell A Soul first came out in 1989, I was knee deep in law school, a little let down by the post-college music scene, and excited about some new Mats music.  I was actually pleasantly surprised by the album, finding it much better than its predecessor (Pleased To Meet Me, which despite the excellent "Alex Chilton" and "Can't Hardly Wait," I found a huge let-down after the twin triumphs of Let It Be and Tim).  The album had two great pop tracks, as catchy and lyrically astute as anything Westerberg has ever come up with, in "I'll Be You" and "Asking Me Lies."  The midtempo "Achin' To Be" was (and to this day remains) absolutely stunning, one of my favorite Replacements songs, with Westerberg's lyrical genius in full bloom:


Well she's kind of like an artist, Who uses paints no more
You never show me what you're doing, Never show a soul.
Well, I saw one of your pictures, There was nothin' that I could see
If no one's on your canvas, Well, I'm achin' to be.

Opening track "Talent Show" is a terrific way to kick things off, an understated anthem with some nice acoustic guitar work; and "Darlin' One" is as close as the band ever got to psychedelia, the swirling guitars reminiscent of the Beatles' Revolver with some Byrds thrown into the mix.  "They're Blind" is perhaps more on the sappy side, but it's a quaint little ballad, suggestive of some of the directions Westerberg would take in his solo years; and "Rock 'n' Roll Ghost" is another quiet one that, while far less immediate than much of the album, is lovely if you give it some room to breathe.

The album got some flak at the time, largely for its slick production clearly geared towards radio airplay, though I didn't find it too objectionable (and thought it was preferable to the 80s production sound that marred the otherwise near-perfect Tim). 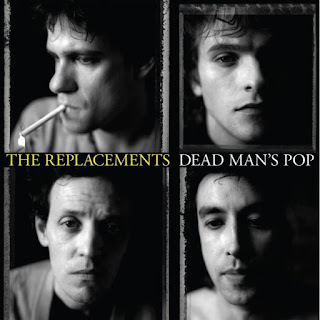 Anyway, last week we were treated to the Dead Man's Pop box set (apparently the original intended title of the album?) which includes the original mix of the album, before the record label slicked it up.  And while I was dubious of its necessity, that mix is definitely better.  It's based off the same master tapes, so no dramatic changes, but I think it's a much more wide open mix, with a lot more dynamic range, that's particularly noticeable in songs like "Talent Show," where the acoustic guitars really shine.  I haven't closely analyzed the differences, but the overall vibe is much cleaner, such that I can't imagine returning to the original album.

(Of course, the main attraction of the box set is the 1989 Wisconsin live set, another terrific archive release which sounds just fantastic; maybe not as insanely exciting as the 1986 Maxwell's show they officially released a couple years back, but pretty close.  There's also a disc of outtakes and early sessions, as well as a sloppy, drunken set they played with Tom Waits.  Yes, you should buy it.)