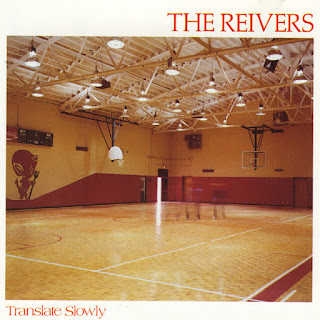 Austin, TX band The Reivers were among the best of the southern jangle bands that dominated college radio in the mid-80s, and, alas, one of the hardest to track down these days.  They released four great albums in the 80s and 90s, all of which are long out of print, and they are non-existent on streaming media, which means anyone who didn't wisely buy these at the time is really missing out.

Their 1985 debut remains my favorite, a blend of Americana and indie pop, highlighted by the traded vocals of John Croslin and Kim Longacre, making them sound like a hybrid of R.E.M. and X.  I remember this one rolling into the college radio station (WPRB) under the band's original name, Zeitgeist, which they were forced to change by another band using the same moniker; alongside bands like the Connells, Winter Hours, and Guadalcanal Diary, the Reivers were a constant presence on my shows. 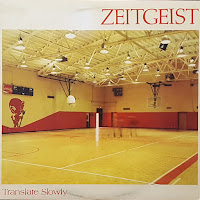 Songs range from hushed, atmospheric ballads like the title track to more upbeat rockers like "Without My Sight."  The stand-out is probably "Things Don't Change," which traverses both extremes, moving from quiet verses to exuberant choruses.

The CD version added a fun little Daniel Johnston cover ("Walking the Cow") as well as the lovely "Electra," which they re-recorded for their follow-up.  The three albums that followed were nearly as strong, and each had enough solid, radio-friendly tracks that I was completely befuddled by their lack of popular success.

After breaking up, Croslin recorded a couple albums with a band called the Fire Marshals of Bethlehem, with a similar sound; the band also briefly regrouped for a 2013 album (also out of print) before disappearing again.

I can't link to a Spotify playlist, but most of the Translate Slowly album can be found on YouTube.

...and a live take on "Translate Slowly":
Here's "Without My Sight":
And, yeah, this properly belongs on the 1987 follow-up (Saturday), but it's so damn great, so how about a live "Electra"?